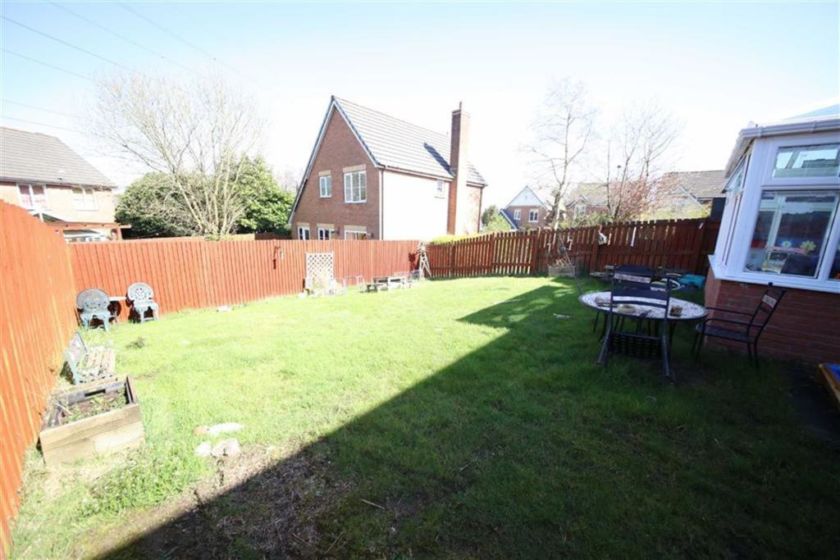 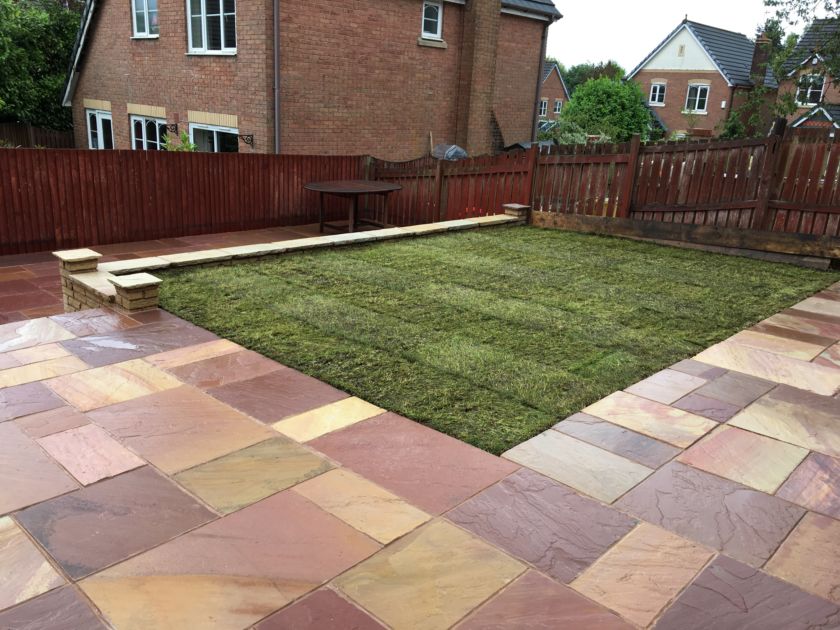 This Blackburn property is undergoing a number of alterations to make it a more family friendly home. Along with the garage conversion and a number of internal alterations to the living room, kitchen, en-suite bedroom and bath room where the works are being undertaken by RidgeSmart, Stuart also took on the garden re-model.

With 2 children and family pet, the garden though laid to lawn had a number of issues, not least was its slope and the lack of hard standing. The family pointed out that although great during the hot sunny days; following any rain the ground became a mud bath making it out of bounds for the children and dog.

The family all wanted to get more use from this large, secure out door space which, up to date was unusable for most of the year. The bottom of the garden was the area that received most of the sun, but this area also had an extra slope making it difficult for the familys garden chairs and table to be used without them being on a slant.
The owners decided they wanted an area for the children to play and where patio furniture was fully usable. Rather than solid walls and traditional narrow set of steps to reach the lower tier they wanted a little character injecting, they also wanted to retain an area of lawn, the opportunity to create colourful planted boarders along the one side with the option of movable potted planters to be used around the remaining side and bottom. It was also important to make the area as low maintenance as possible. With this in mind decking for the level areas was ruled out and garden flags in warmer sandstone finish was made.

To achieve the look work began, digging out the lowest point at the bottom of the garden Installing a low and hidden retaining wall allowing the lower tier to be levelled off without altering the finished height, doing the same for the upper tier.  A visable low level wall was created that doubles up, allow for sitting and defining the upper tier, we also created this wallto allow for for 3 shallow steps. New drainage was installed followed by hardcore in preparation for the flagstones the new lawn area was marked out and the flagstones laid. Once the flagged area pointing was completed the capstones were added to the wall and the step treads were laid into place pointed up ready for the soil and turf to be inset creatingr the finished lawn area. The home owners are now ready to add the furnishing and flourishes to finish off the area  and are all set to enjoy their new family friendly garden just in time for the Summer break. 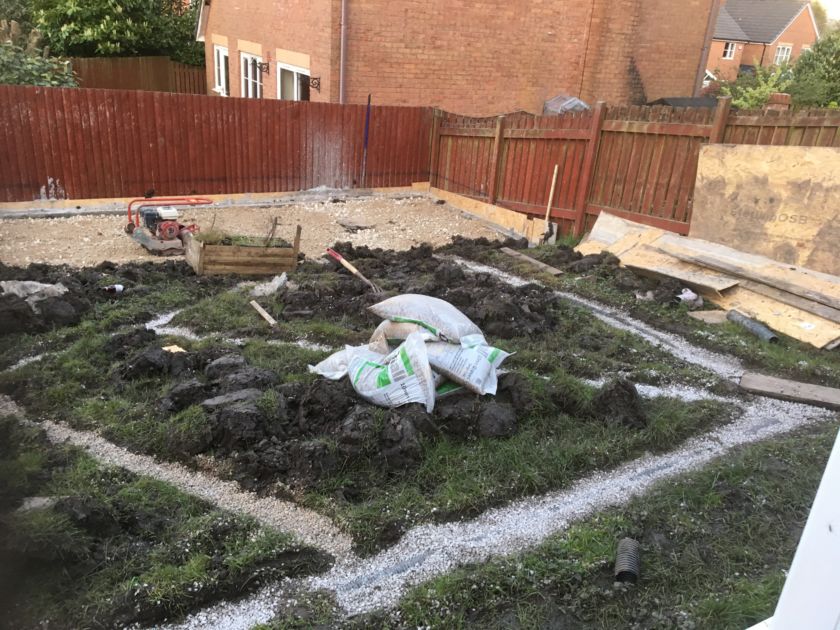 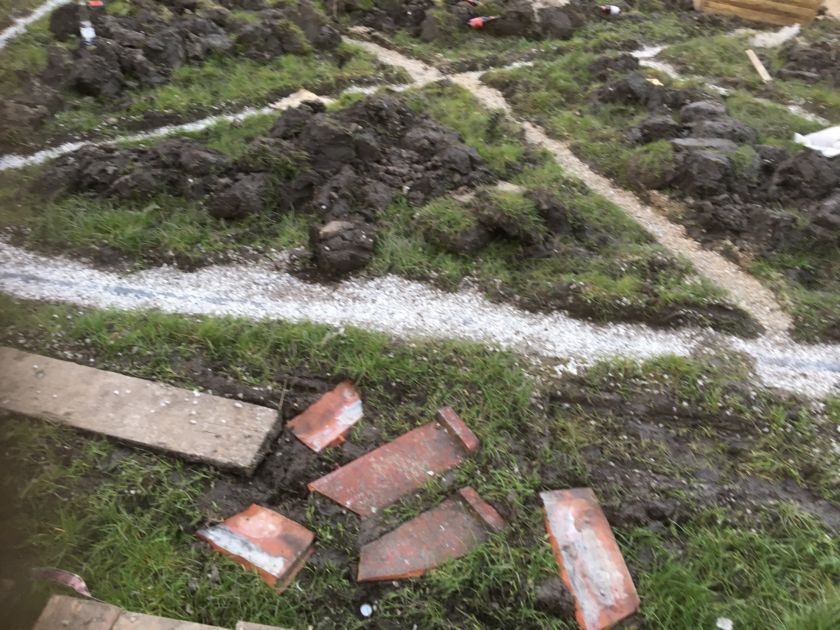 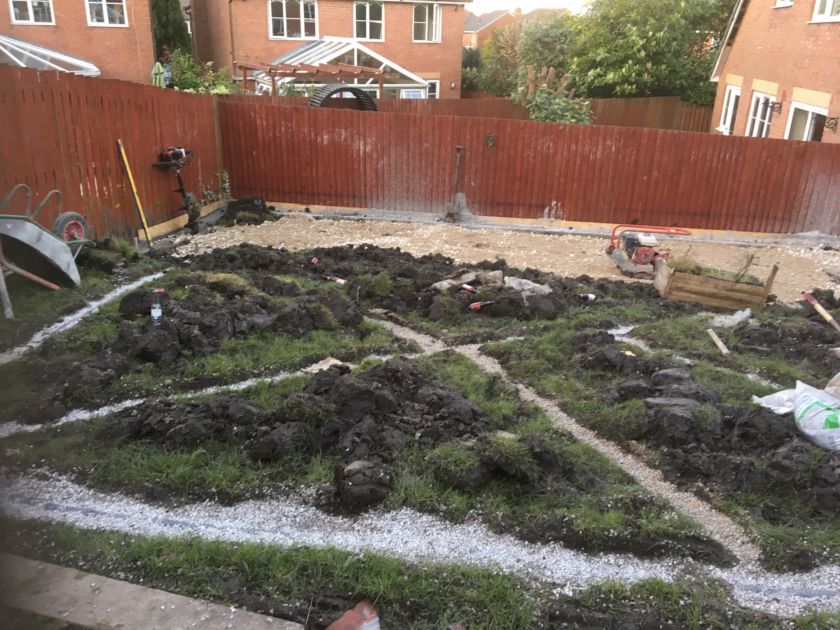 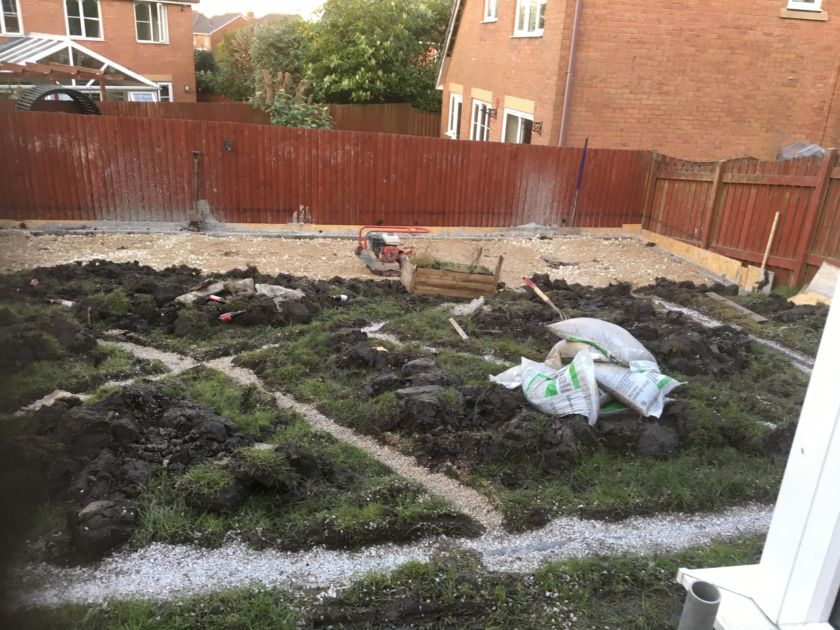 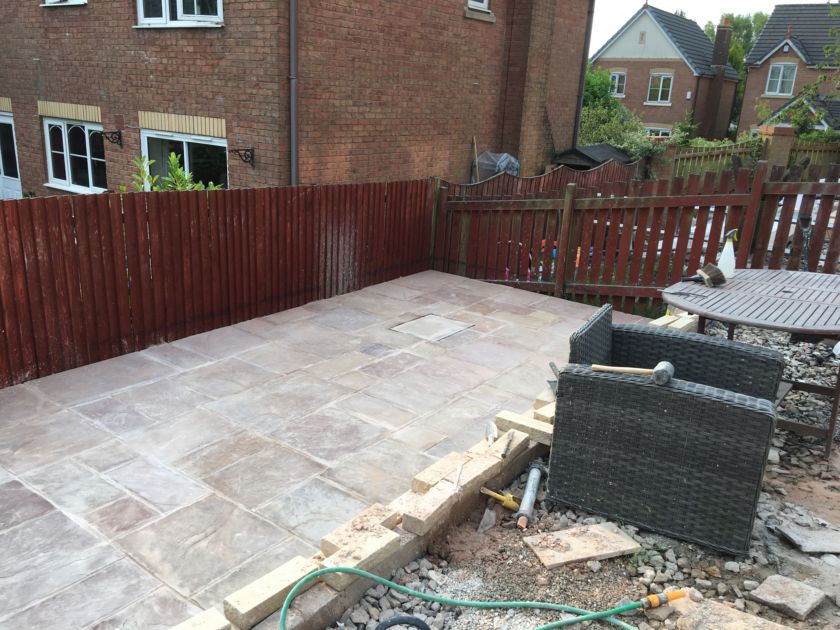 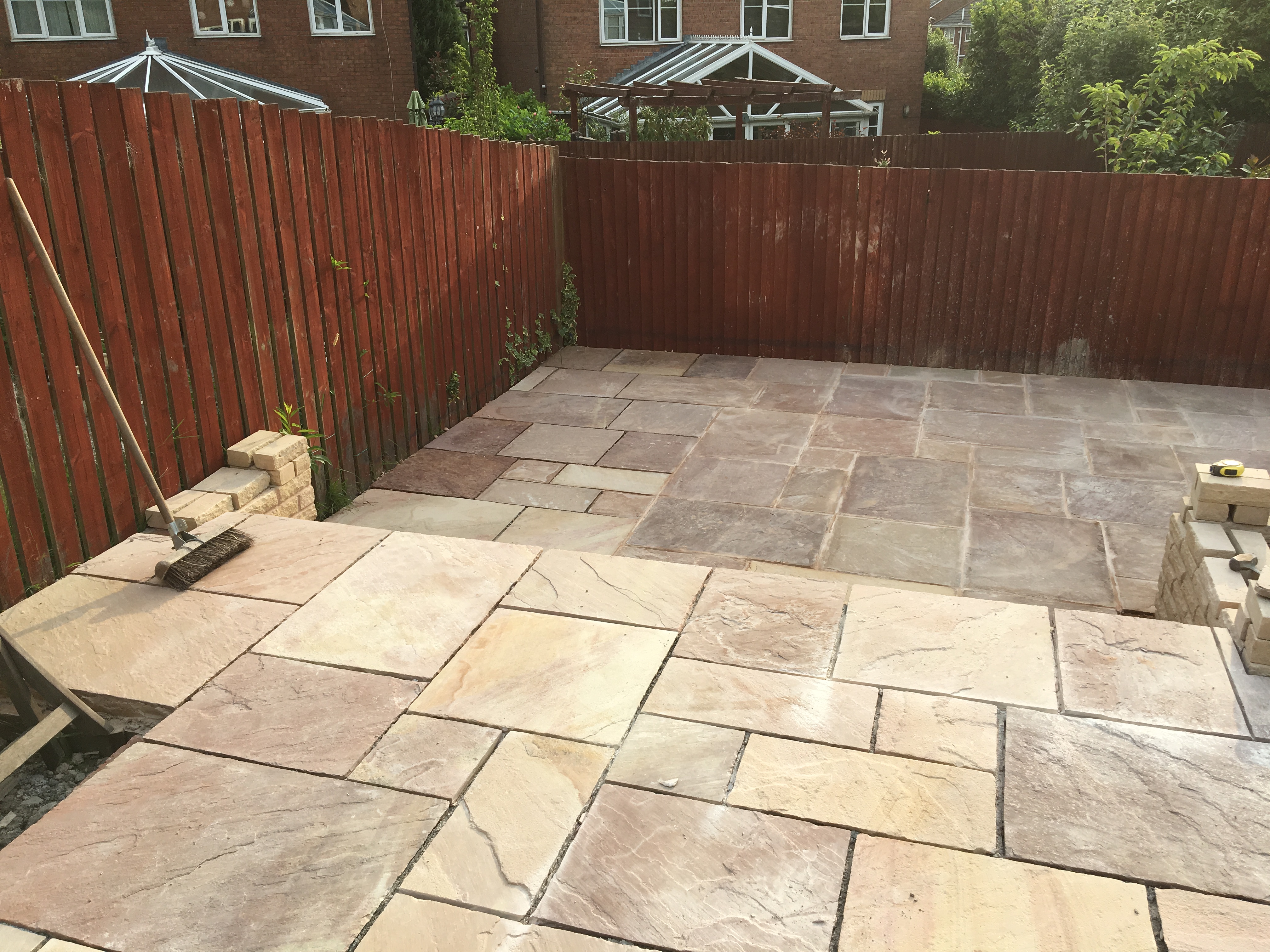 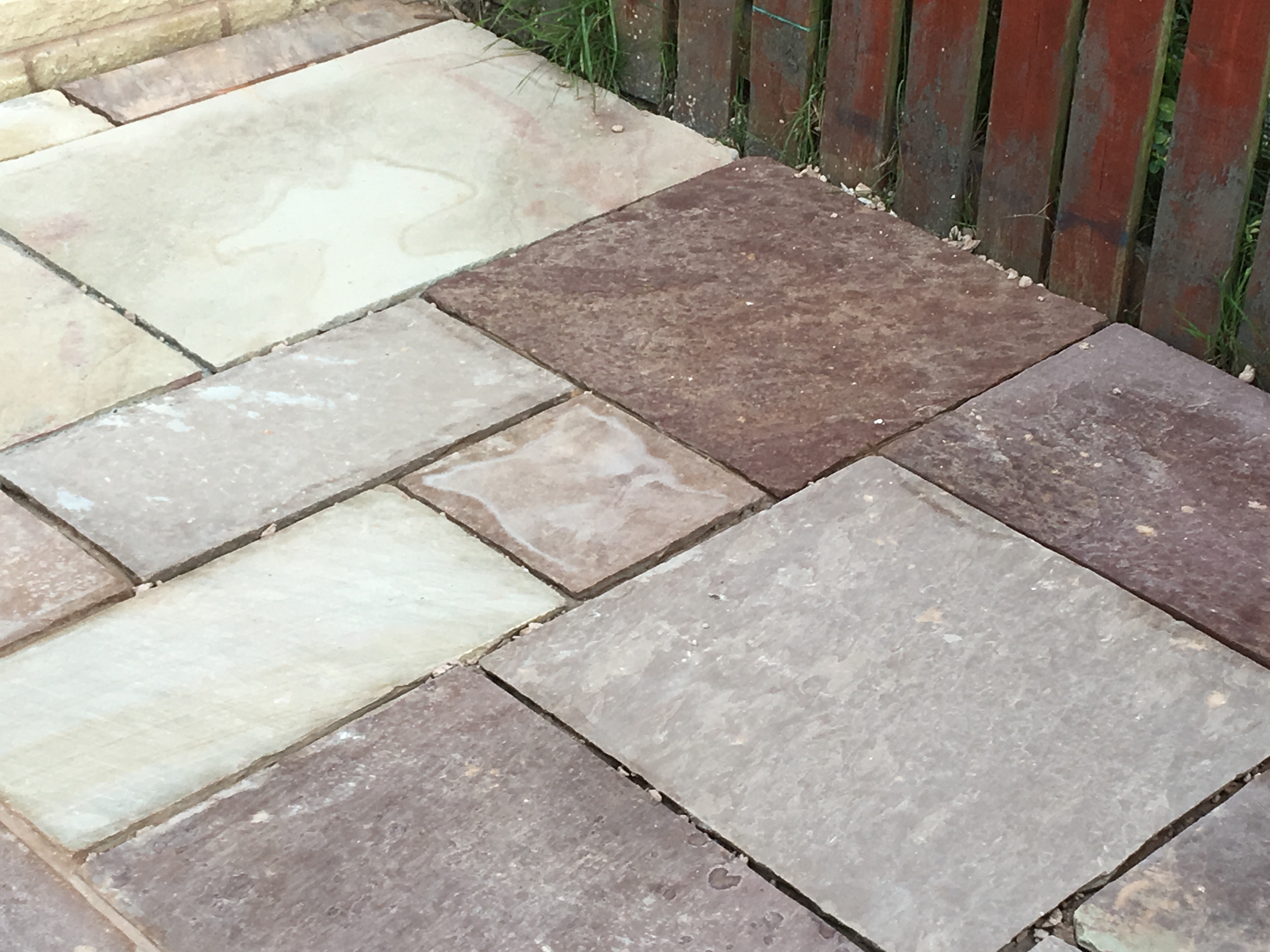 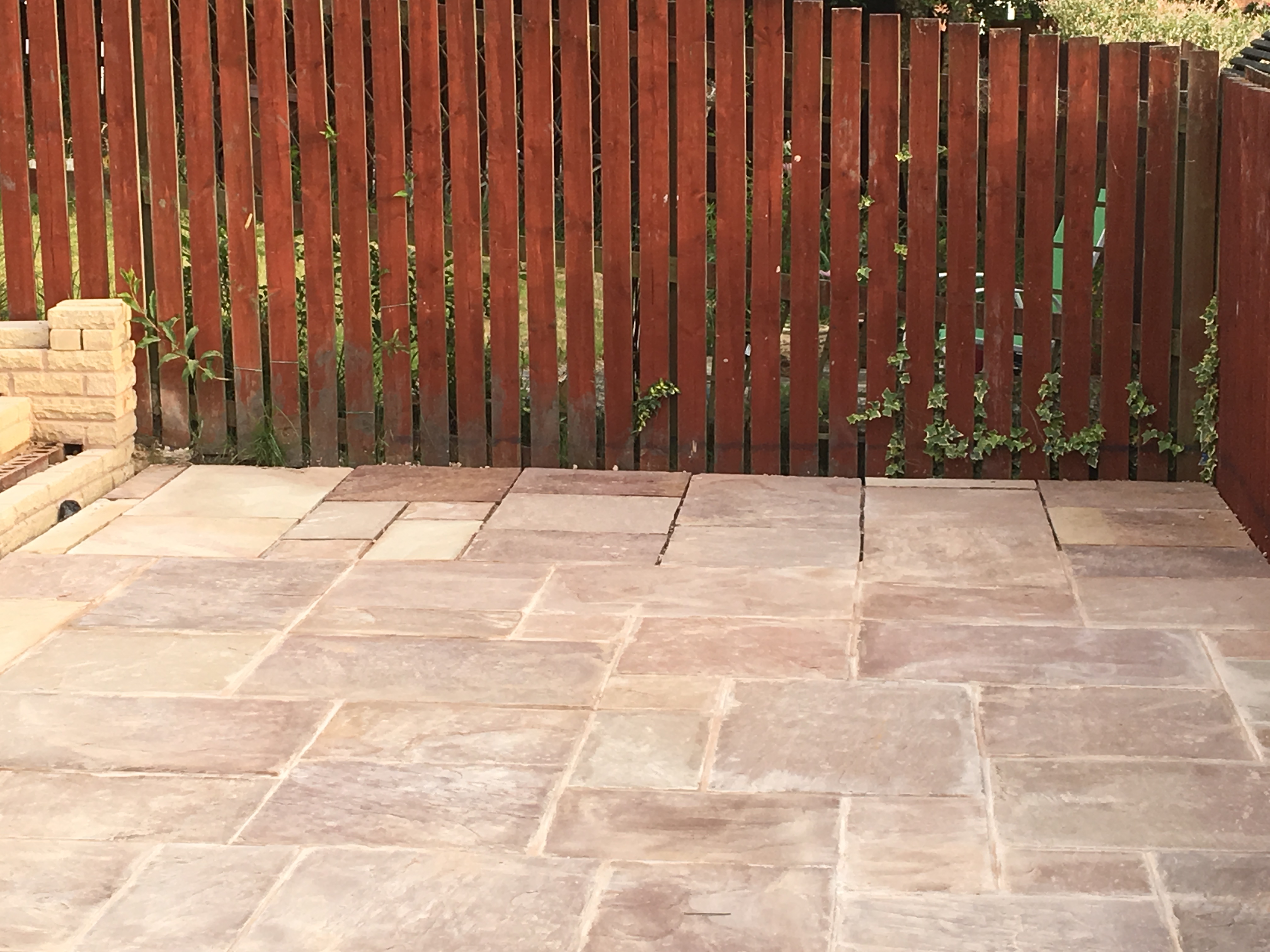 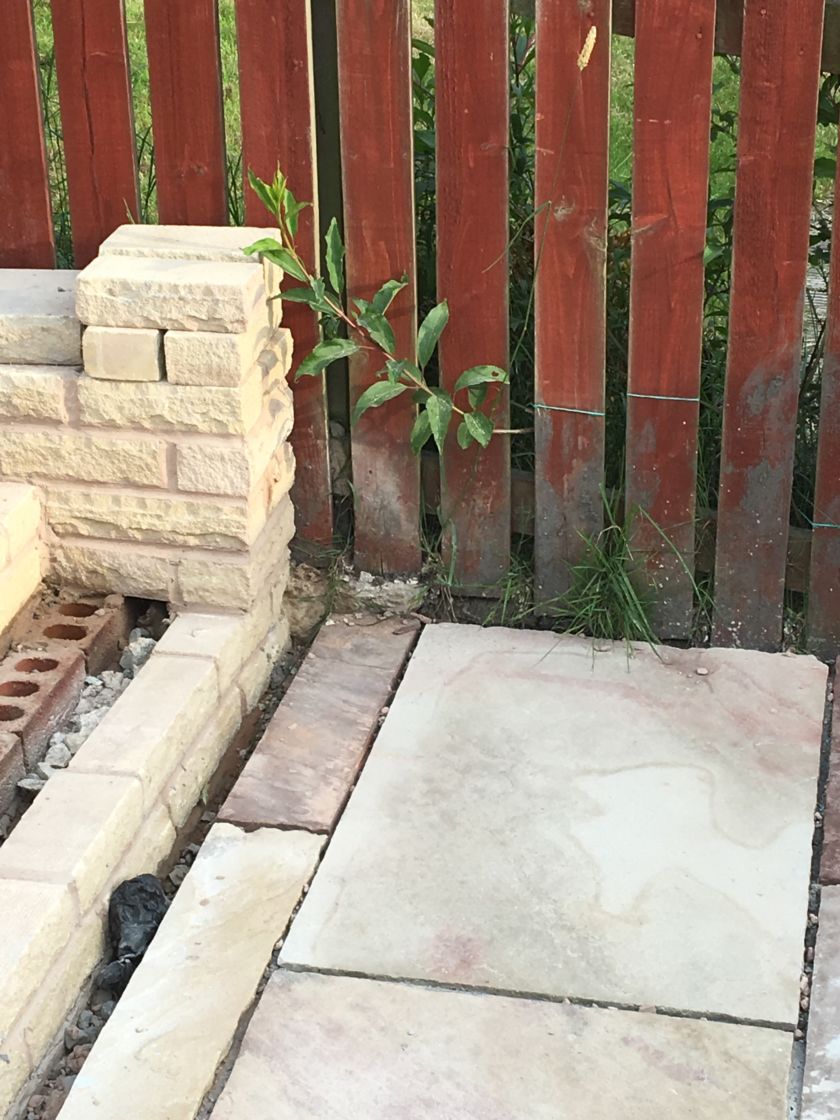 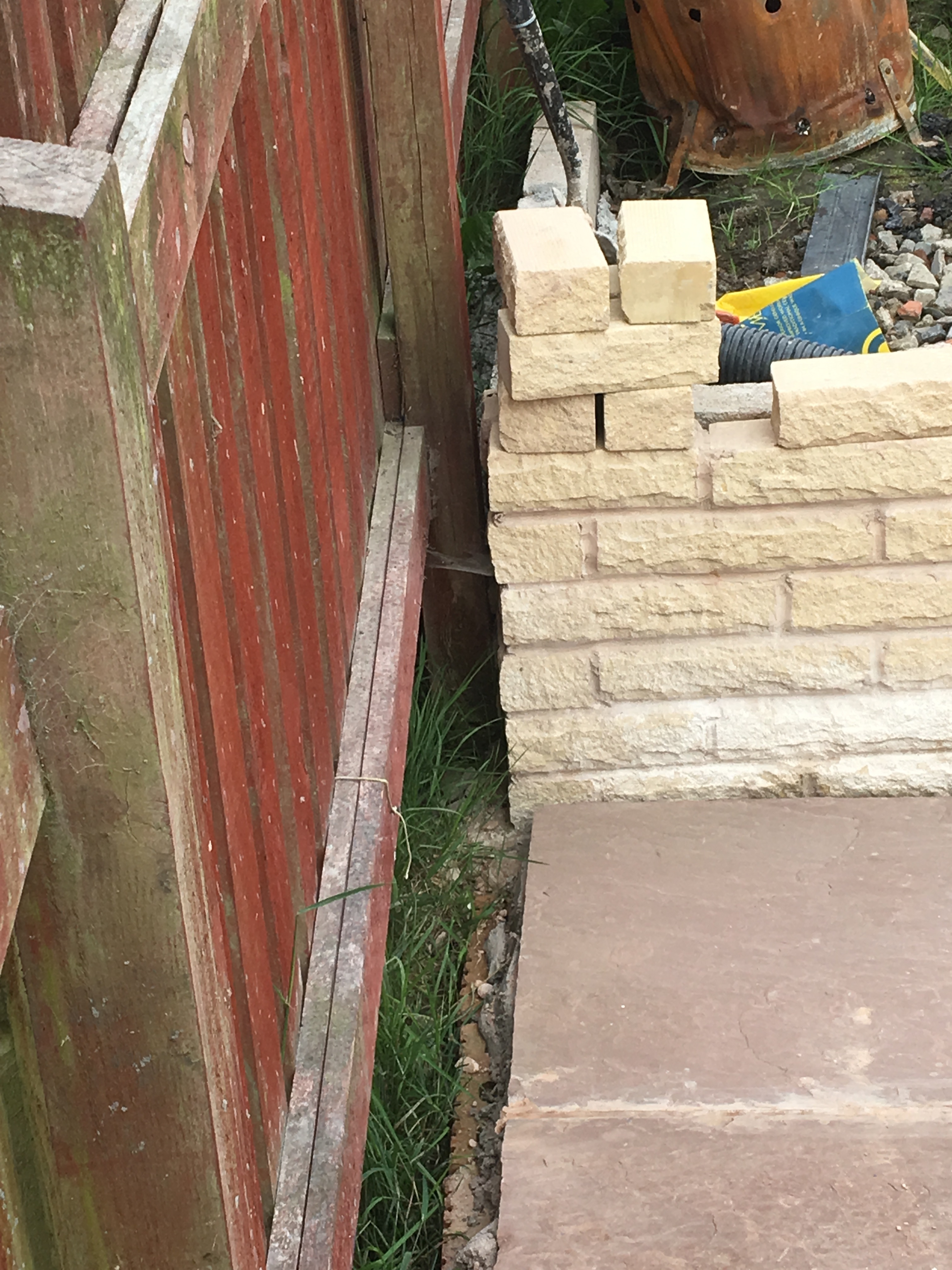 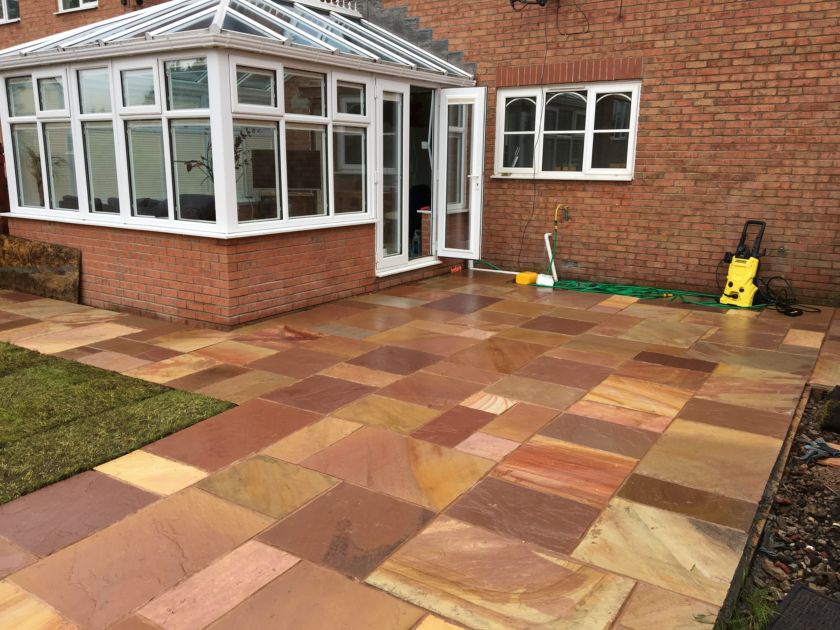 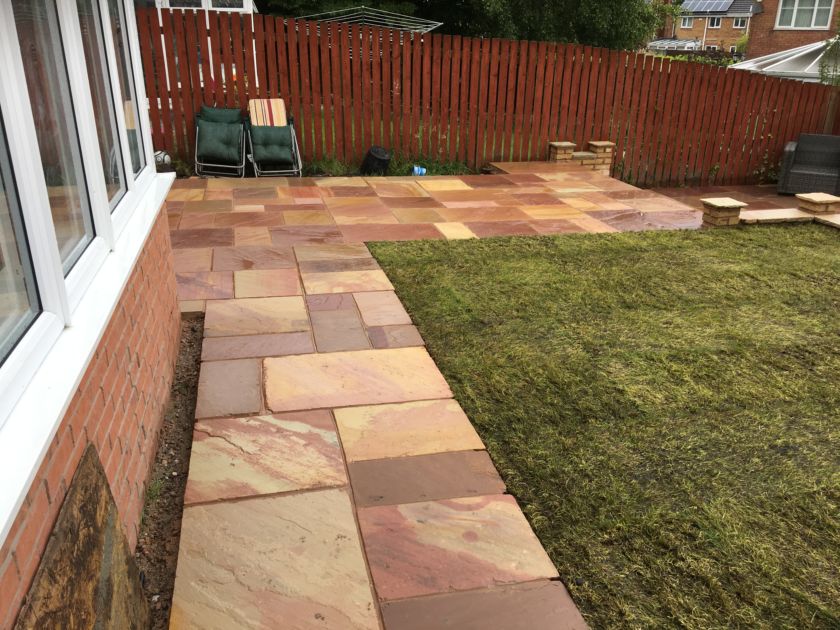 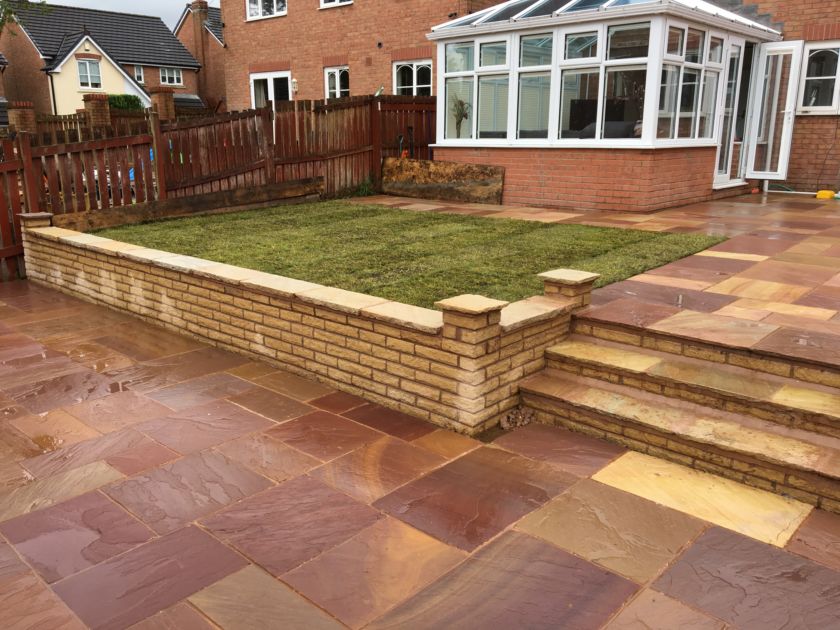