Unfortunately, when we arrived at this property the internal ceiling of the ground floor extension had given way. This was a direct result of leaks across the original roof caused by age. As the home owner said they had seen the deterioration over several months with the odd drips causing wet patches, but as these were only slight they had not realized that this is a result of water build up. Initially Ridgesmart installed a temporary fix covering the entire flat roof area to prevent further water ingress until the works could be undertaken.

On removal of the original roof it was clear the boarded roof had to be fully replaced and the Rockwool insulation was at saturation point. Work on the external aspect began, removing the gutter and weathered Faciers, removing the Rockwool insulation and replacing the 8ftx4ft timber roof panels. After discussions with the homeowner it was decided that a replacement of the original covering with rubber would provide the best solution for their needs.

The faciers were then replaced along with the original guttering, we then moved indoors we took down the remains of the internal ceiling, replacing the original Rockwool insulation with 80ml thick Kingspan between the joists plaster boarding the three areas below and re-fixing the ceiling and external lights. 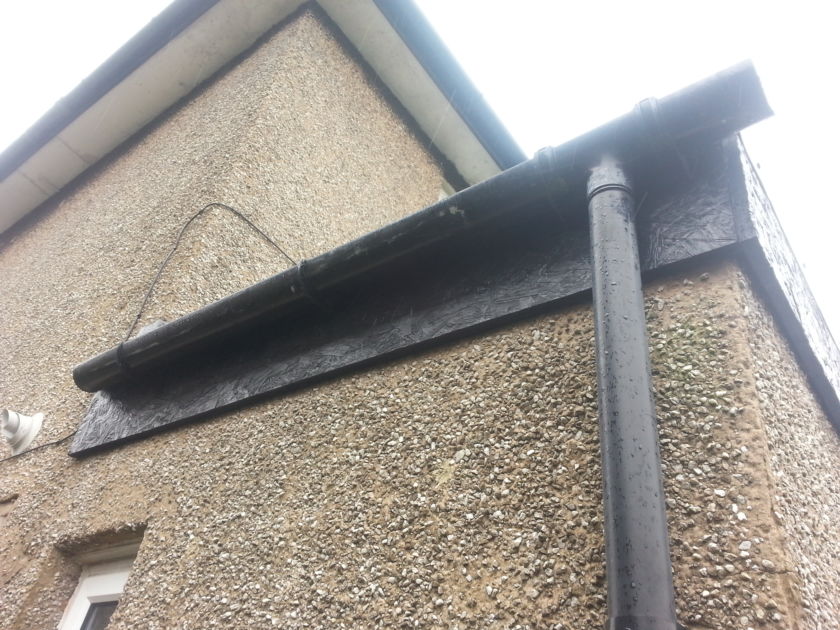 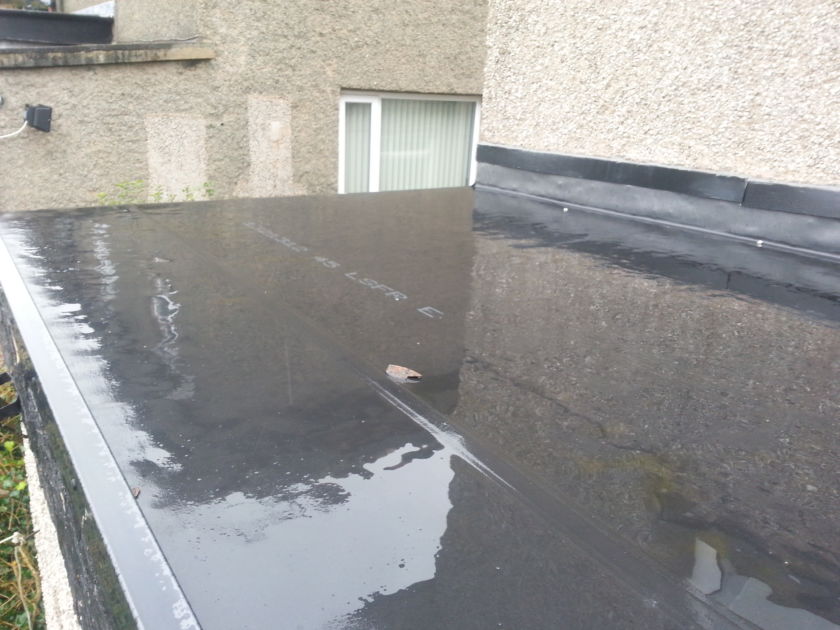 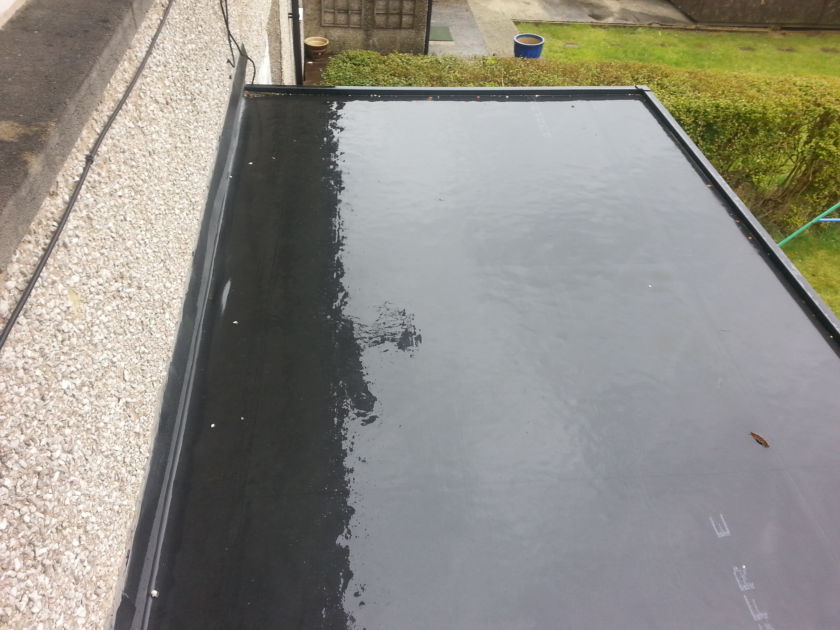 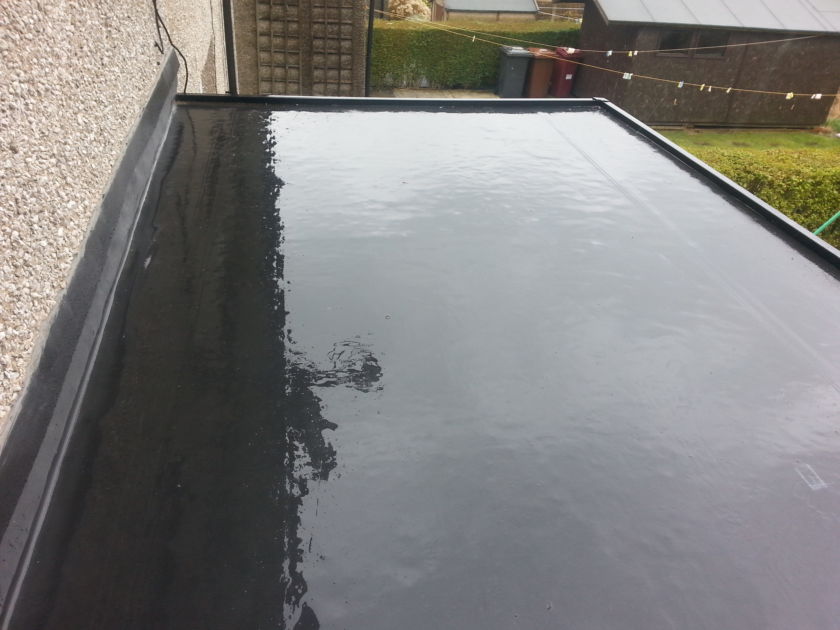 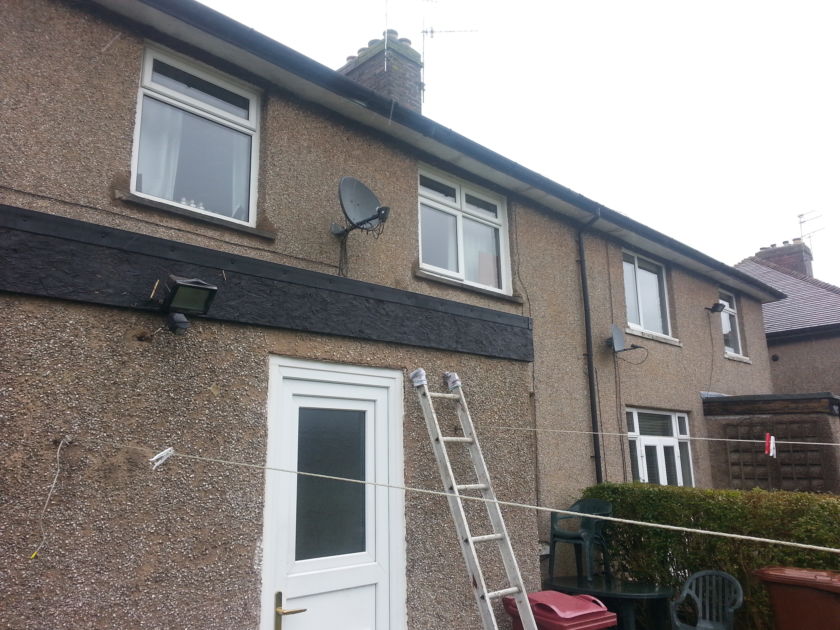