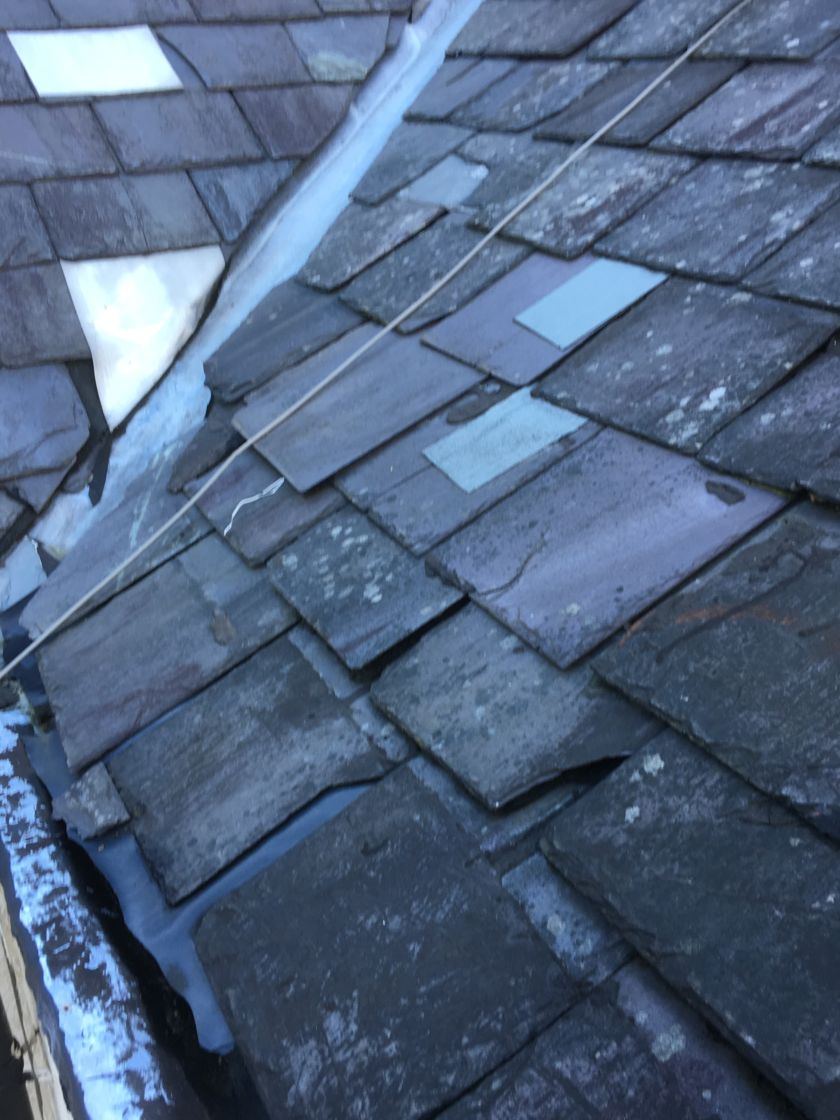 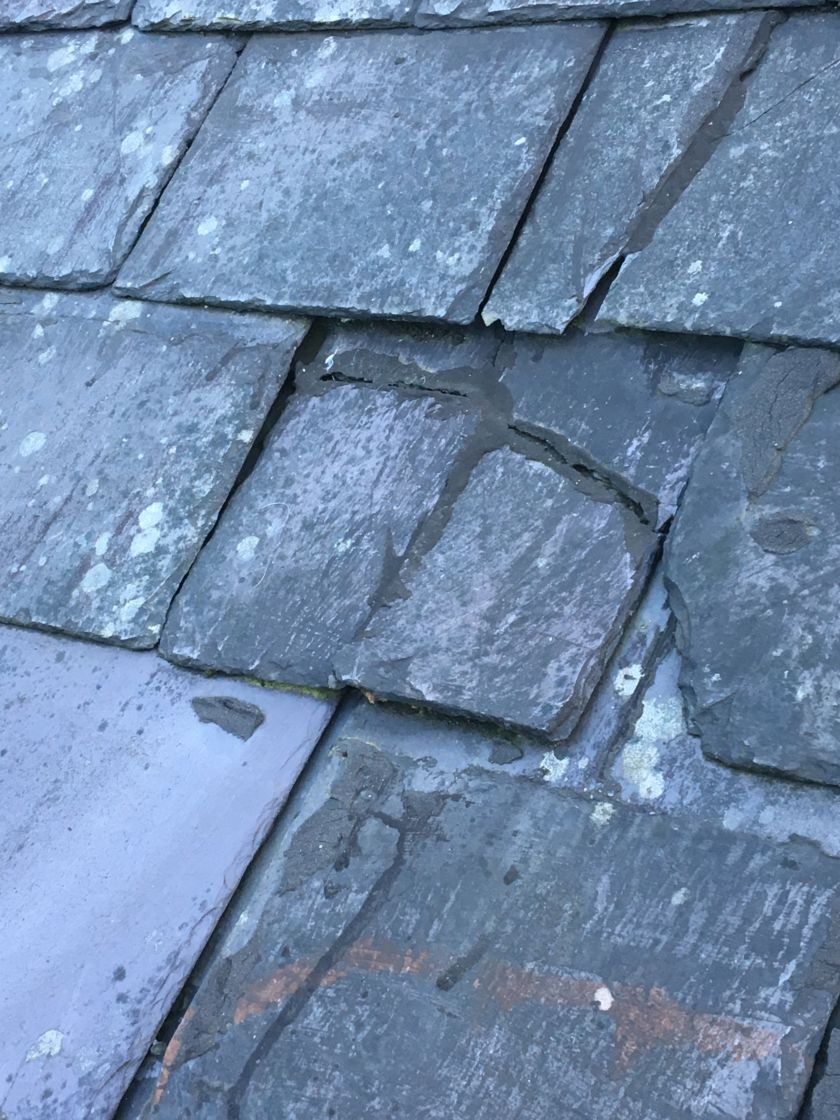 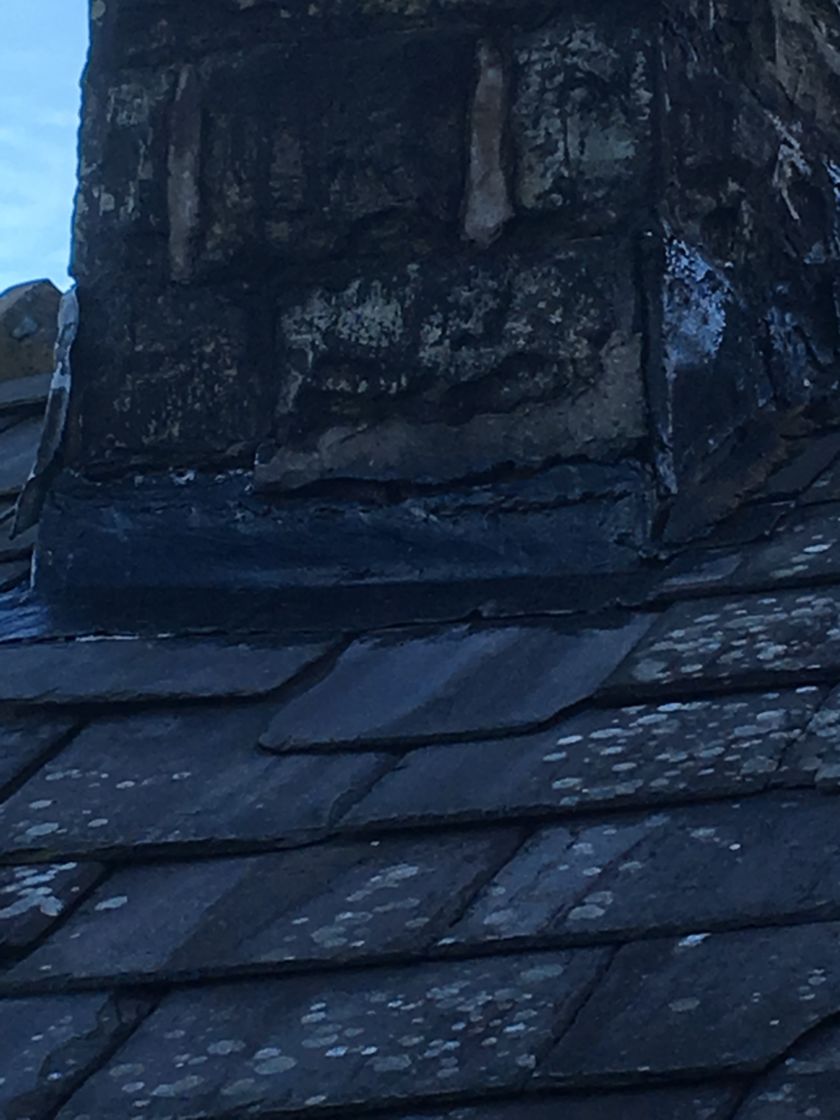 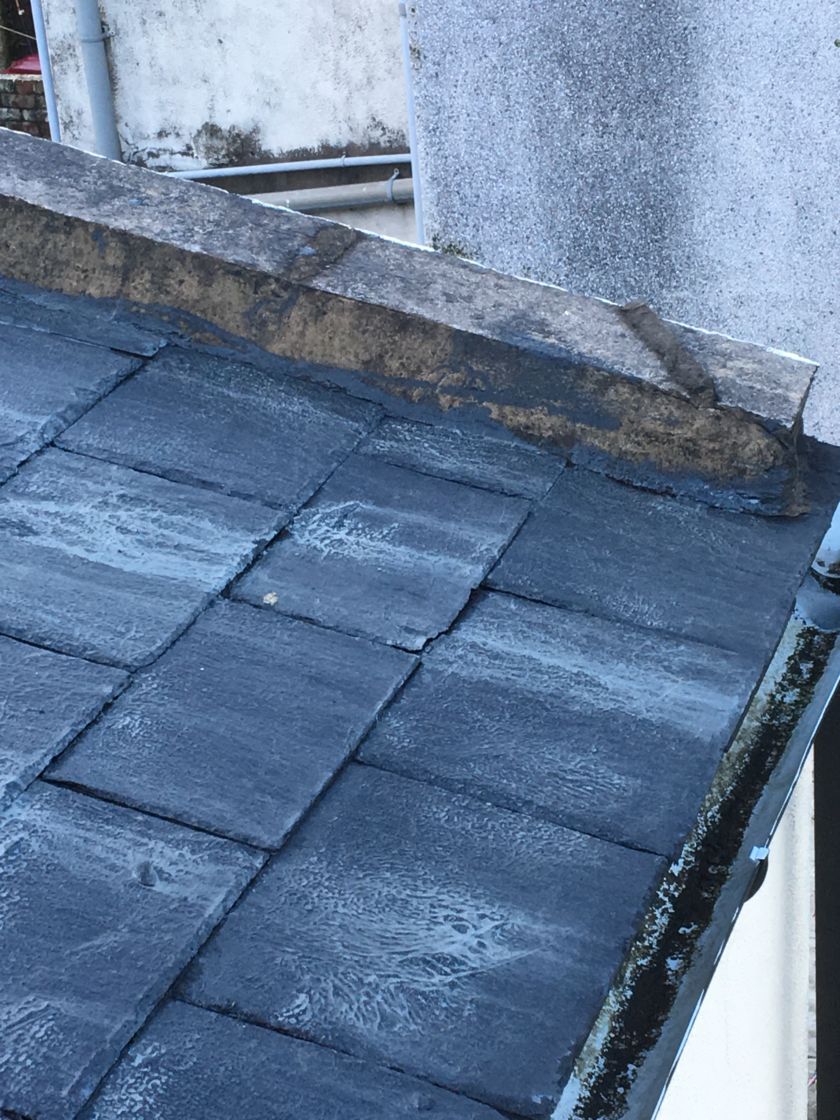 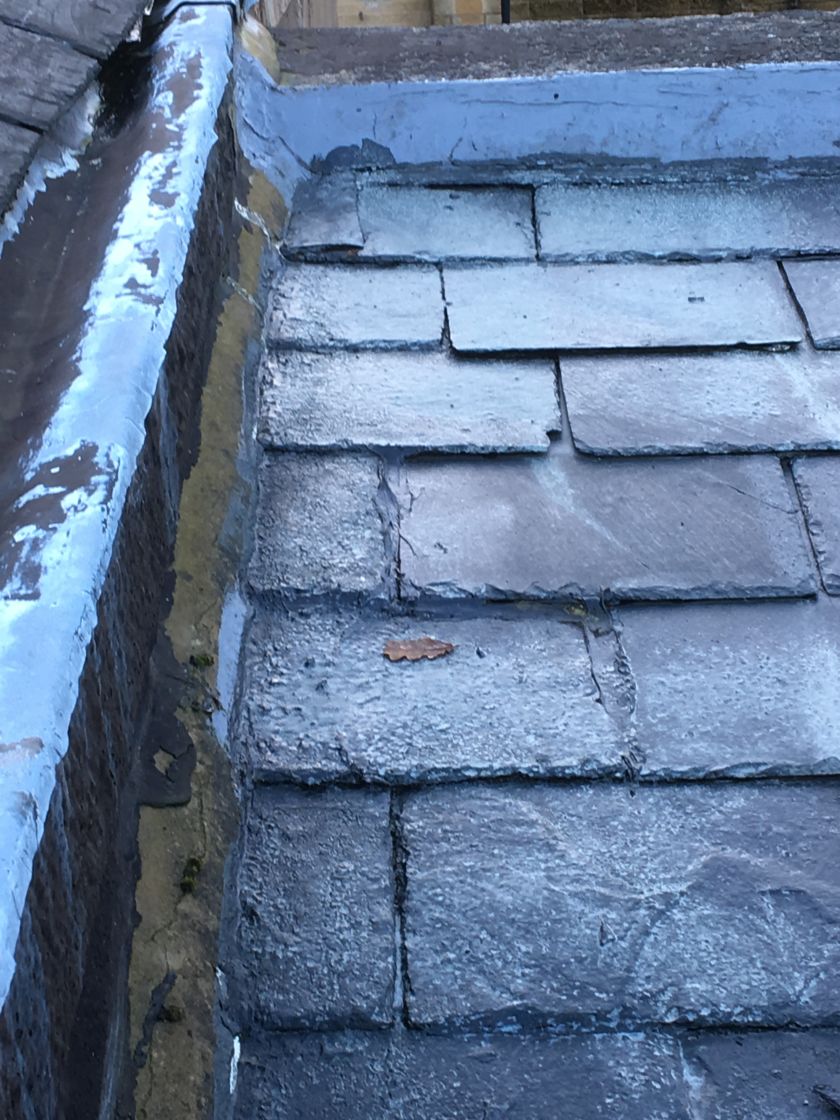 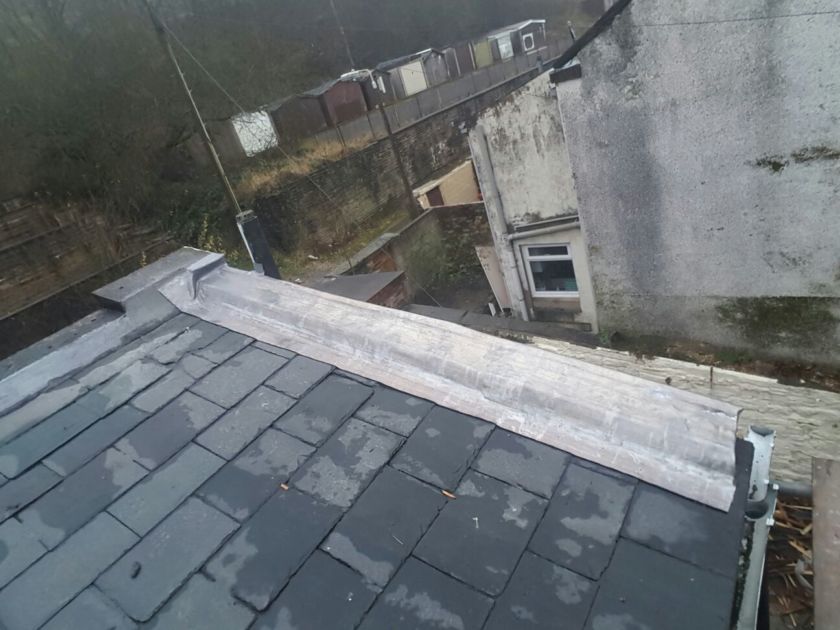 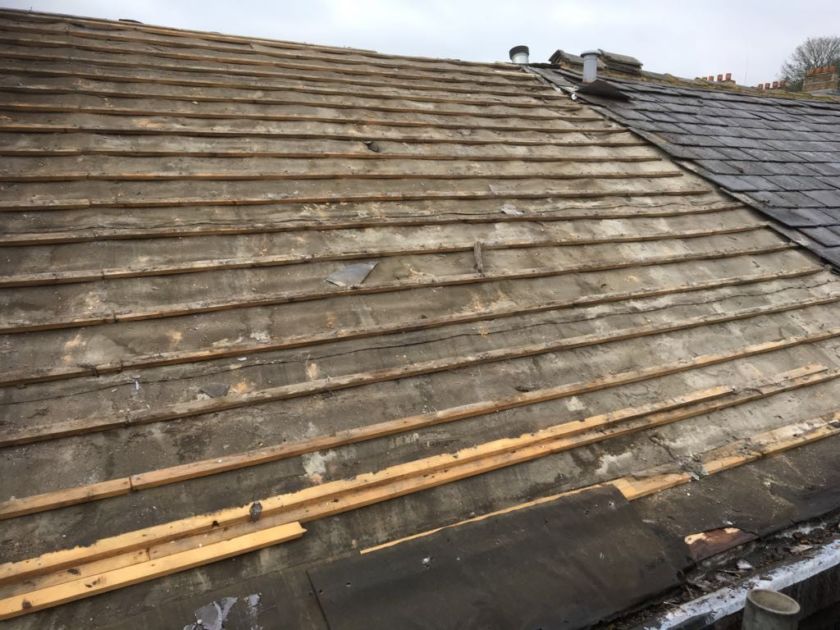 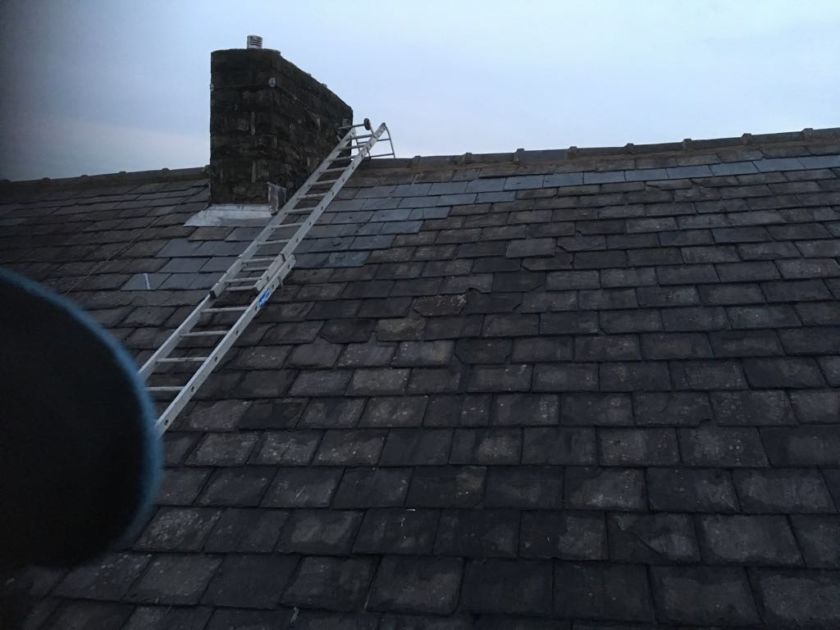 The Site visit was arranged to be held with both tenant and landlord at a mutually convenient time for both parties.

on arrival, a full investigation into the cause of water damage to all areas internal and external as noted by tenant

To minimise disruption to the tiled roof that was in sound condition and coated with a water proofing layer. The damaged area required a permanent layer of lead to encase the copings and fan over the joint between the copings and roof slate lead to be fully dressed to create a water tight seal at wall and slate joints.

The dire condition of pitched rear roof area, requires a full re-roof. To minimise the cost implications, it would be possible to undertake these works by the re-instatement of a large proportion of existing roof slates and batons but it would require fully replacing the inappropriate roofing felt with breathable roofing felt membrane.

It is advisable to reinstate and repair appropriately the lead flashing (at this point still in place but patched with concrete) to the base of the roofline chimney at the time of other roofing works. this would ensure that any existing issues caused would be eradicated and allow the heating that is in use to fully dry the areas of low but present dampness.